A Guide on Ants & What You Can Do About Them 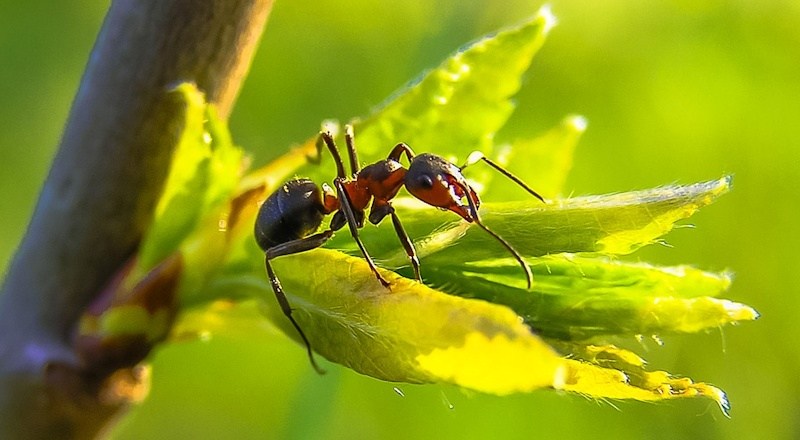 The bane of picnickers and gardeners alike these amazing industrious insects get everywhere.

Did you know that ants are related to both bees and wasps? They evolved from a common ancestor about 99 million years ago and diversified even further when flowering plants evolved. There are an estimates 22,000 species of which more than 12,500 have been formally classified.

They are believed to form between 15 to 25% of the biomass of planet Earth and have colonised every landmass except Antartica as well as Greenland, Iceland, parts of Polynesia and the Hawaiian Islands. It has been calculated that there are 1 million ants for every person on the planet.

Ants are social insects forming colonies which consist of a single fertile queen which lays all the eggs, workers which are infertile females, and fertile males called drones who exist only to fertilize the few fertile females who are sent out from the nest each year to establish new nests. These fertile males and females all have wings and leave the nest on breeding flights. These flying ants are often wrongly believed to be a separate species and are seen in vast numbers as all nests tend to launch their breeding flights on the same few days when the weather is right.

Most of us encounter ants at home and in the garden. Often they will be foraging for food which brings them into our kitchens, sometimes we will see them on plants covered with aphids (blackfly and greenfly) where counter to expectations they are not eating the aphids but milking them for a sweet sugary liquid that they produce called honeydew and protecting them from predators such as ladybirds just as a farmer would protect a herd of cows.

So how do we deal with them when they are causing a problem? To prevent them entering the house it is best to use Nippon ant powder which you can puff into any cracks they are using to gain access. Alternatively use Nippon ant spray to lay a barrier around door frames and windowsills. If you are concerned about children or pets being exposed to these insecticides although they are very safe there is an alternative. We stock ant-stop and Nippon ant bait stations which are small discs into which you make holes to allow the ants in to be exposed to the ant killer inside and these are able to sit anywhere the ants are coming in or to be placed under or inside units.

Dealing with ants in the garden is usually a lot easier. Using sprays on hard surfaces and powders on soil you can easily get rid of them. One of the best products is the Nippon ant soluble sachet which dissolves in water in a watering can and can be applied on hard surfaces as well as lawns and is an excellent way of destroying nests underground as the water carries the insecticide into the nest to finish them off.

Although ants can be a problem they can also be beneficial in that they are predators so do eat a lot of other insects that are considered pests by us. Do be careful when dealing with ants as they do have a strong bite and some can even squirt acid. Always read the instructions when using any chemicals to deal with ants.

If you have any questions or comments then please contact our experts who will be happy to advise you. You can find out full range of ant solutions online by clicking here.